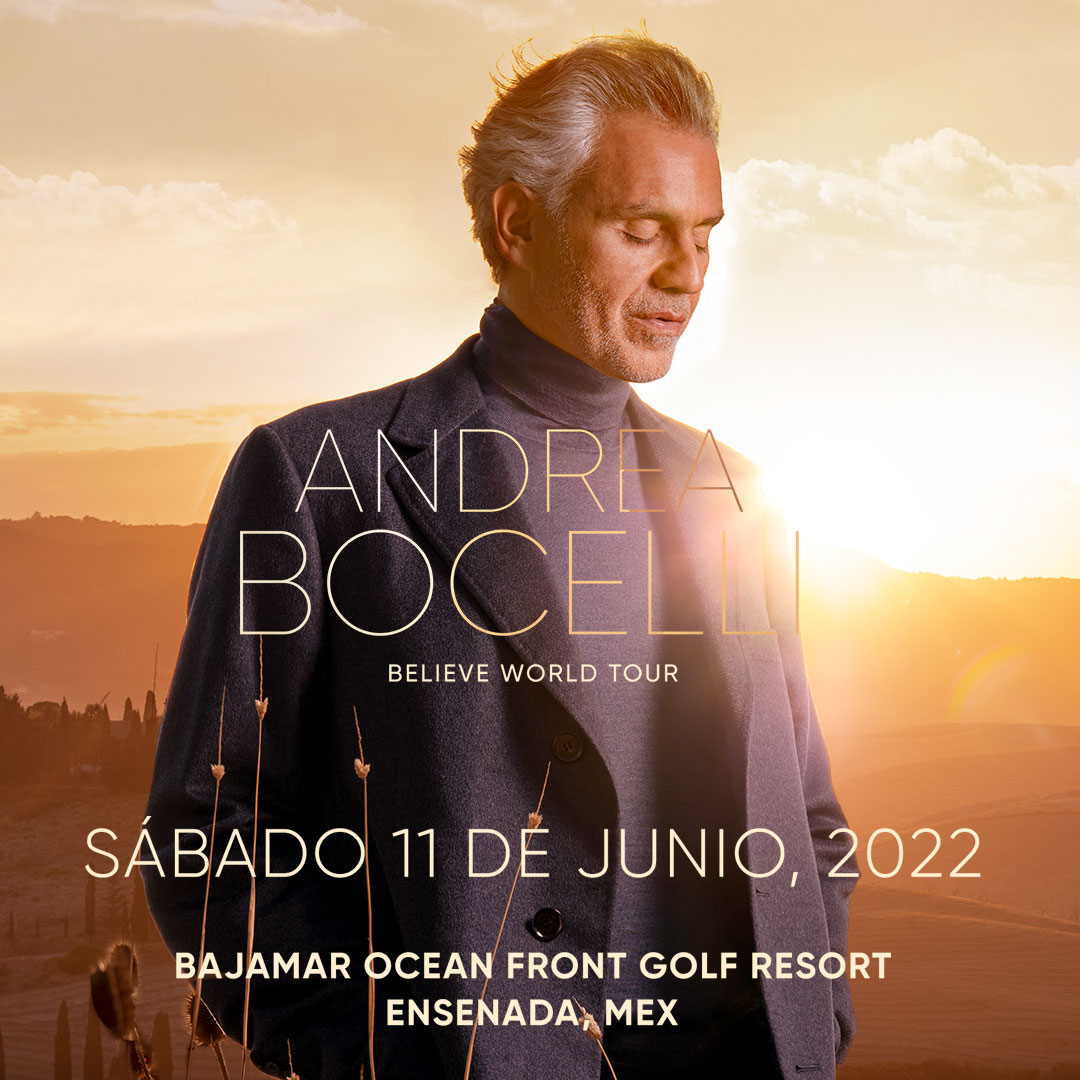 With a gift for music, Andrea Bocelli is one of the most acclaimed singers in modern history and has performed at major international events, such as the Olympics and the World Cup, as well as his own stadium shows with all sold-out tickets worldwide. He has a Golden Globe, seven Classical BRITs and seven World Music Awards to his credit, as well as a star on the Hollywood Walk of Fame. His previous album "Si" reached number 1 on the US and UK charts.

Andrea Bocelli will offer next Saturday, June 11, 2022 a very special presentation at the Bajamar Ocean Front Resort in Ensenada, Baja California, as part of his acclaimed "Believe World Tour" and in which he will undoubtedly give a review of all his great successes that have made him one of the most important artists in the world. It's also a great opportunity to debut her inspiring new album “Believe,” a collection of touching and personal songs that celebrate the power of music to calm the soul.

All purchases are verified through 3D Secure, your bank will send you by SMS a code that you must enter when confirming your purchase where indicated.

All purchases are verified through 3D Secure, your bank will send you by SMS a code that you must enter when confirming your purchase where indicated.

Add this event to your calendar